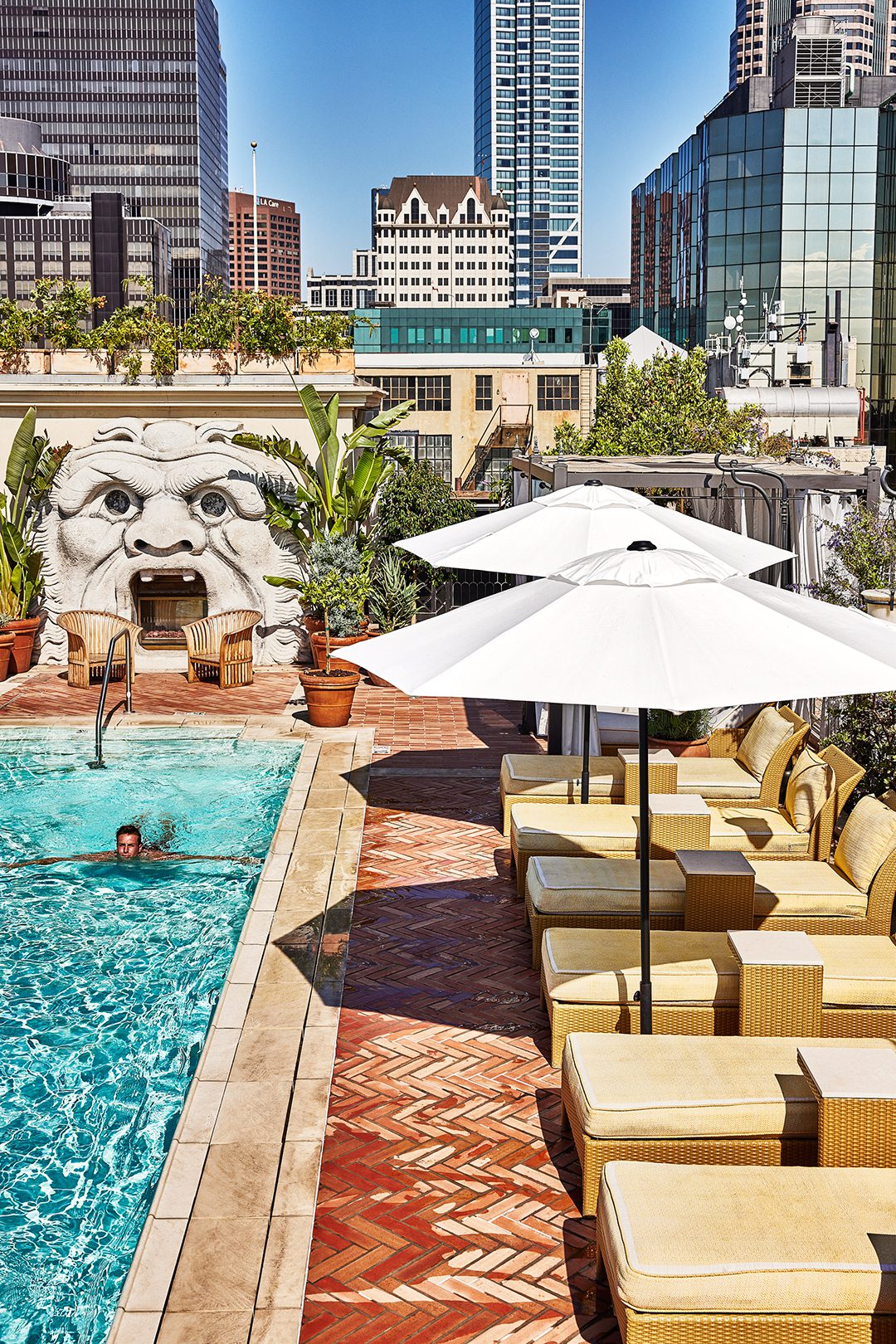 Located in the century-old Giannini Building in downtown Los Angeles is the newly opened Hotel Per La, which was built in 1922 for the Bank of Italy. In this redux, the original Neoclassical architectural and design elements have been preserved, including the gold-and-blue Italianate ceiling, marble floors, and Doric columns.

In 2018, the building became the site of the NoMad hotel, which shuttered due to the pandemic. Dallas developer Vipin Nambiar of HN Capital Partners teamed with existing ownership and Sage Hospitality to invest in rebranding and reopening the iconic hotel, whose 241 guest rooms and suites were designed at that time by French architect and designer Jacques Garcia. His moody designs for the rooms, which have been retained, enhance the building’s original architecture with antique Persian rugs, vintage and antique artwork from Paris and New York, marble desks, and embossed leather headboards by Moore & Giles.